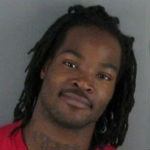 GASTON COUNTY, N.C. – A man previously convicted of involuntary manslaughter was arrested after he discharged a firearm in a friend’s home.

Ivan Christopher Brian Williams Jr., 23, Gastonia, was charged with possession of a firearm by a felon and discharging a firearm in city limits.

On May 1, Williams was invited over to a friend’s house to drink beer, according to arrest reports.  The two allegedly got into an argument and Williams became upset.  Police allege that Williams then shot a single round of unknown make or caliber from a black semi-automatic handgun.

Previously, Williams pleaded guilty in Gaston County to involuntary manslaughter.  He was charged for the offense back on Nov. 22, 2010. Williams served 162 days in jail.

For his current charges, Mr. Williams is in the Gaston County jail under a $25,000 secured bond.