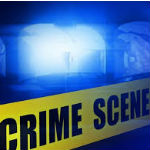 Friday morning, the York County Sheriff’s Office responded to the shooting scene in the 800 block of Idlewild Road in Rock Hill.

Authorities say two people have died from injuries sustained in the shooting, and one other victim is being transported to CMC Main in Charlotte.

The Sheriff’s Office says they do have a suspect in custody.

The names of the suspect and the victims have not yet been released.