2 Found with Meth in Car in Iredell County 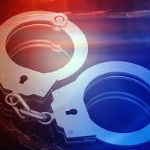 A man and woman were arrested in Iredell County on methamphetamine charges after police investigators, with the help of medics and firefighters, decontaminated the pair and their car that held 190 milliliters of meth and the drug’s liquid precursor.

Natasha Kay Fox, 26, and Albert Lee Donelson, 29, residents of Pennsylvania, possessed $47,500-worth of methamphetamine in the vehicle, according to Sheriff Darren Campbell.

A local business tipped off investigators about the pair on Tuesday after they allegedly bought the chemicals for producing the drug at the business, Campbell said. The business’s name has not been released by police.

Both are also wanted on methamphetamine manufacturing charges in Bedford, Pa., according to Campbell.