2 Men Booked On Charges Of Firing Into An Occupied Home 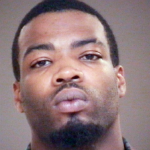 LINCOLNTON, N.C. — Two men are in custody, accused of firing shots into an occupied home.

On Sunday, Lincolnton Police have charged Johnny Ray Izard, Jr. and Gary Francis Stroman in connection with a shooting into an occupied residence early Friday morning.

The men were taken into custody by the Lincoln County Sheriff’s Office at the Court House; officials say the two were there on an unrelated matter.

Izard, Jr. is charged with discharge of a weapon into occupied property, possession of a firearm by a felon and possession of a stolen firearm. He was booked in to the Lincoln County Jail under a $250,000 bond.

Stroman is charged with discharge of a weapon into occupied property and possession of a stolen firearm. His bond was set at $200,000.