2 Teens Arrested After Robbing Man Walking From The Light Rail 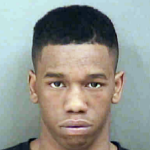 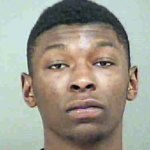 CHARLOTTE, N.C. – A man walking to his car from the light rail train was targeted by two armed robbers, Charlotte-Mecklenburg Police say.

Officers responded to an armed robbery call in the 8800 block of Crump Road on Monday night.

The victim said he exited the train and got into his vehicle. That’s when 18-year-old JaJuan Arnold and 17-year-old Keaveon Leonard allegedly approached the vehicle and demanded his property. Police say they fled in the victim’s car.

On Tuesday, a neighbor in the 12200 block of Savannah Garden Drive called police after seeing two suspicious men carrying a television near his residence. Police responded and took both suspects into custody to interview them.

After gathering more information and questioning the men, police say they identified them as the suspects in the original robbery.

Both men face multiple charges including robbery with a dangerous weapon and larceny.