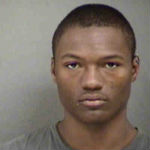 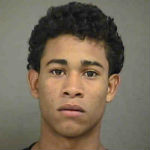 Officers were on the scene at Emerald Bay Apartments in South Charlotte after a resident – Charlotte Mecklenburg Police Officer Jon Dunham – was shot there on Sunday.

Investigators brought in helicopters and K-9 units to the complex off Montcrest Drive shortly after 6 a.m.

Detectives said that Officer Dunham was off duty at the time.

The suspect shot Dunham in the shoulder and ran off.

Dunham was transported to CMC Main and is listed in stable condition.