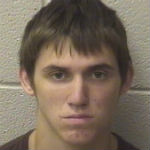 ALEXANDER COUNTY, N.C. – Deputies say muddy footprints led to the arrest of two teenagers after they broke into a church and stole the Sunday offering money.

According to the investigators, deputies were called to Promise Land Ministries located off of B & S Lane in Bethlehem on Monday in reference to a break-in at the church.

The pastor had found a broken window in the church and say someone went into the church office and stole “all of the Sunday offering money,” according to the report.

Investigators found some footprints in the mud outside of the church and were able to track the prints to a residence nearby the church.

Eighteen-year-old Corey Gage Hill was found at the home with fresh mud on his pants and shoes. 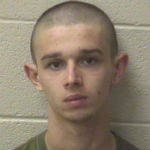 Deputies matched the prints of his shoes to the prints located at the church.  Hill confessed to breaking into the church and took deputies to retrieve the stolen money.

A second teen, 17-year-old George Early Whitener. was involved with the break-in as well, the report states. He was arrested at his home on Hillcrest Lane.

Investigators say most of the stolen money was recovered.

Hill and Whitener were both charged with breaking & entering and larceny.  They are each being held on a $50,000 bond.