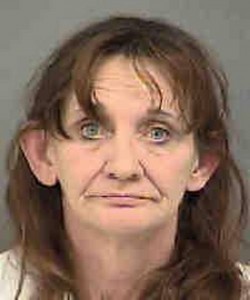 Two northwest Charlotte women have been arrested for running a meth lab inside their home, according to investigators.

Elsie Armitage, 54, and Mellissa Armstrong, 45, were arrested Wednesday after police did a “knock and talk” at the residence. Police then seized meth from the home.

The operation run by the women had been under investigation since police received complaints that the Old Dowd Road home was possibly involved narcotics sales, a Charlotte-Mecklenburg police news release said.

Armitage has been charged with possessing methamphetamine. Police also said they served her with outstanding warrants for trafficking out of Rutherford County and possession of drug paraphernalia. She was arrested in connection with the northwest Charlotte meth operation, police said.