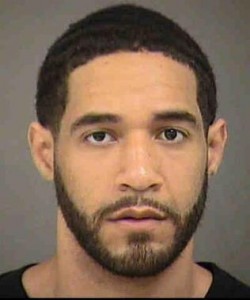 Two people were arrested as suspects for robbing a person who met up with them in response to an online cell phone ad Monday afternoon.

Darius Mariner, 19, and Samuel Harold Lloyd II, 22, were caught after an officer in an unmarked car saw the burgundy Mustang car the suspects left in after the robbery on North Graham Street, according to police.

A police helicopter joined the officer in following the Mustang to the 6700 block of Albemarle Road. Police said the two men were arrested there without incident.

The suspects are being charged with conspiracy to commit armed robbery, armed robbery, and second-degree kidnapping. Both were jailed. Lloyd received a $115,000 bail and Mariner a $65,000 bail.