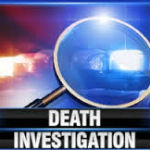 Zakiyah Bey, 75, was identified as the third victim. She was a New York native who lived in Charlotte.

Officers responded to a welfare check around 1:15 am. When they arrived they found three people deceased inside the residence.

Morganton Public Safety investigators and the North Carolina State Bureau of Investigations are still trying to determine what happened.