CHARLOTTE, N.C. – The Mecklenburg County District Attorney’s Habitual Felon Team convicted three habitual felons and sent them to prison during the trial week of February 4-8, 2013. The matters were held in courtroom 5150 before The Honorable W. Robert Bell, Superior Court Judge. 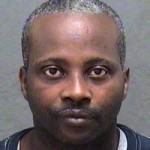 Dwight Dobie, 47, was tried for 1) larceny of a motor vehicle, 2) felonious possession of a stolen motor vehicle and 3) being a habitual felon. The jury found Dobie guilty on all counts. Judge Bell sentenced Dobie to 129-164 months in prison. In November 2011, the victim left his vehicle running outside Presbyterian Hospital while he helped his father inside for his dialysis treatment. Within 90 seconds, Dobie walked out of the hospital, got into the victim’s vehicle and drove away. Dobie was caught driving the stolen vehicle a week later. Dobie has prior convictions that include robbery with a dangerous weapon, common law robbery and assault with a deadly weapon inflicting serious injury.

When his case was called to trial, Lavant Jackson, 30, pled guilty to 1) possession of cocaine, 2) possession of drug paraphernalia, 3) driving while license revoked, 4) resisting a public officer and 5) being a habitual felon. Judge Bell sentenced Jackson to 26-44 months in prison. Jackson has prior convictions that include assault with a deadly weapon inflicting serious injury, sale of cocaine and four counts of possession with intent to sell or deliver cocaine.