3 Shot After Argument At Waffle House Got Out Of Hand 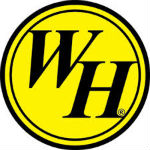 LANCASTER COUNTY, S.C. — Deputies are looking for a man who shot three people after a fight at a restaurant.

Investigators said someone drove up and started shooting into their car after the group left the Waffle House on the Highway 9 bypass in Lancaster.

A Waffle House employee said an argument got out of hand and they eventually had to call police.

The Lancaster Police Department responded to that early Saturday morning call to disperse a crowd at the Waffle House.

The Sheriff’s Office said a group of people left heading south on the bypass and got to the Chesterfield Avenue exit when an SUV pulled up and an unknown gunman started shooting a firearm.

Three people in the car were hit including two 20-year-old men and a 21-year-old man and drove to Springs Memorial Hospital.

The Sheriff’s Office said two had injuries to their extremities and were stable and the other person was listed as critical and had to be airlifted to another hospital.

The shooter has not been caught.

The Lancaster Sheriff’s Office is asking anyone with info to call them or Crimestoppers.