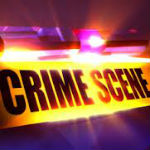 GASTON COUNTY, N.C. — A four-hour standoff ended with a man in handcuffs in a Gaston County neighborhood Thursday morning.

Police said the standoff started when a man fired shots into the air behind his home on Fox Trail Lane and threatened to kill himself.

Police fired bean bag shots into the house and just as they were about to go in, Rosco Lowery came to the door and surrendered.

Two adult family members were inside the house with Lowery when he made the threats. They ran out and called police.

Officers drove an armored vehicle up to the house so they could negotiate with Lowery using a PA system. Police wanted to end the standoff quickly because there are several homes and people nearby.

Paramedics checked Lowery out at the scene and he was taken to the hospital for an evaluation. He has not been charged with a crime.

Police have removed the guns from the house.