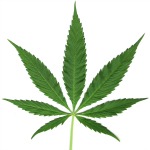 YORK COUNTY, S.C. – A York man is charged after police found more than four pounds of marijuana inside his home on Thursday.

Timothy Lamont Ross, 25, was charged after officers executed a search warrant at his home on McClain Street and found marijuana with a total street value of $23,125.00.

The warrant was issued after complaints of higher than normal volume of marijuana in the area.

Ross is charged with possession with intent to distribute marijuana. Police seized 1850.1 grams of marijuana, $742.00 and a black cell phone from the home.