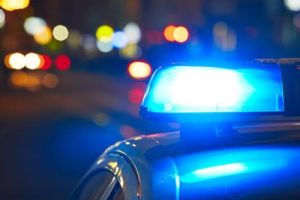 Police are investigating after a 60-year-old woman was robbed in Gastonia in broad daylight.

The incident happened in the parking lot of Galleria Mall on Wednesday afternoon. Reports indicated that the woman was walking to her vehicle when she was approached by a black pickup truck. The truck pulled up beside her and came to a stop. The driver then got out and threatened the woman with a handgun. He then stole her purse and jumped back into his vehicle and sped away from the scene.

Police arrived at the scene, which was in the 2200 block of Dave Lyle Boulevard, where the victim was found with minor injuries to her arm. The injuries were sustained when the door of the truck struck the woman. She was taken by ambulance to PMC for treatment.

Officers began investigations and were able to spot the suspect’s vehicle during heavy traffic on Anderson Road that same day. Police initiated a pursuit which lasted until Celanese Road. The suspect was able to escape through the traffic.

Police have been able to identify the suspect and found the victim’s purse some time later deposited in a dumpster.