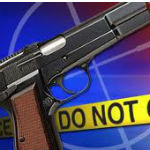 An elderly man was shot and killed by Gastonia police after the man pointed a gun at them during a welfare check Saturday, police said.

A family member of James Howard Allen, 74, had called police to the man’s home to check on him, according to Gastonia police Chief Robert Helton in a press conference Sunday morning. The relative lived in Anson County and was worried about Allen since he had recently had heart surgery.

Welfare checks are commonly conducted by police and medical personnel when requested.

Anson County police requested checking the local hospitals at 11:08 p.m. The check was conducted but did not find Allen, according to police. Helton said Allen’s neighbors told police they had last seen Allen the previous day and that his car was still at the home.

At 11:30 p.m. Gastonia police decided to enter the house in case Allen was in need of emergency assistance, Helton said. They requested assistance from Gaston Emergency Medical Services and the Gastonia Fire Department, police said.

Gaston Fire Department assisted with accessing through the back door of the home, then Gastonia officer Josh Lefevers announced he was in the house, Helton said.

Allen was holding and pointing a gun towards officers as they entered. Helton said officers told Allen to lower his gun, which was pointed at the officers. Allen was then shot and fatally wounded.

Lefevers was put on administrative leave. The Gastonia Police Department will be conducting an investigation as is standard protocol when a shooting involves an officer. The  N.C. State Bureau of Investigation will be assisting with investigation and findings will be presented at the District Attorney’s Office, according to Helton.

Neighbors remembered Allen, who was an Army veteran, on Sunday as a kind man and a good person who everyone liked and a good neighbor.