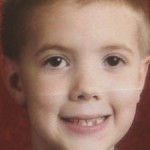 Authorities in Rockingham are interrogating a man after a 9 year-old boy was killed in a car accident that the man caused. Jody Williams, who was in the fourth-grade at West Rockingham Elementary School, was killed when the suspect’s car hit the car that he was riding in. His grandmother was driving the car and sustained major injuries as a result of the accident. She was airlifted to an area hospital along with the male and female inside the car at-fault.

According to eyewitness statements, two cars were racing down a city street when one of them hit the Williams’ vehicle as it was traveling down Highway 74. The second vehicle involved in the race reportedly fled the scene after realizing that an accident had occurred. The driver that caused the accident has not been cooperative with police in admitting why he was speeding.

Police have not charged the man as of yet, and because of that they are not releasing his name. However, they are following leads and asking for anyone in the public with information to come forward so that charges can be filed.