A Man Arrested For Kidnapping; Forced To Withdraw Money From ATM 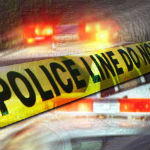 GASTONIA, N.C. – A man has been arrested in 1 of 3 kidnappings in Gastonia since Saturday.

Twenty-1-year-old Reginald Tyrone Rice Jr. of the Gaston County town of Dallas has been charged in the kidnapping and robbery of 2 men earlier at a church.

Police say two men at Flint Groves Baptist Church at 5 a.m. Monday were preparing breakfast for a meeting when someone knocked on the door. Two men entered and forced the men into 1 of the victim’s vehicles and drove them to Charlotte, making them withdraw money from an ATM. The victims were released a short time later.