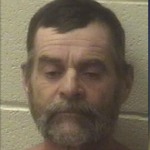 ALEXANDER COUNTY, N.C. —Police in Alexander County were investigating a homicide after they said a fight between two friends ended with one man being shot in the head Thursday night.

Deputies said they responded to the call at the Johnny Walker mobile home park around 10 p.m. Thursday.

Investigators said 47-year-old Johnny Dockery died after being shot in the head by Donald Joseph Kuhns, who police arrested and booked into jail with no bond.

Investigators believe alcohol played a factor in the shooting. They were called out on two different occasions Thursday night because of fights involving the men.

Deputies said they left after getting the two men separated and things calmed down but then returned after reports of a shooting.

Kuhns appeared before a judge Friday morning and was given a court-appointed attorney.