Altercation Lead To Murder In Statesville 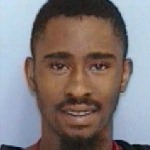 STATESVILLE, N.C. — Police are investigating a homicide that occurred overnight in Statesville. The shooting happened in the 200 block of Chambers Street.

Police believe Troyshawn Williams, 20, and Keith Keaton Jr. got into a fight around midnight.

Police said Williams left, came back with a gun and shot Keaton in the chest.

They said they found Williams next door to the scene where he lived at Mallard Creek Apartments on Simonton Road.

Police found him around 6 a.m. hiding under a bed.