Another Homicide In The Queen City Overnight 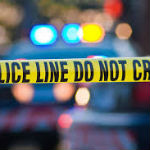 Charlotte-Mecklenburg Homicide Detectives from the Metro Division were called to the 300 block of Lakewood Avenue at 4:45 Sunday morning.

Upon their arrival to the scene, authorities located a deceased male who was apparently suffering from gunshot wounds, police say.

MEDIC pronounced the victim at the scene. His identity has not been released pending the notification of next of kin.

Homicide detectives are canvassing the neighborhood in search of eye witnesses, while crime scene techs look for physical evidence.

Police have not released a motive.

Anyone with information about this incident is asked to call 704-432-TIPS and speak directly to a Homicide Unit Detective.  Detective Burkard is the lead detective assigned to the case.  In addition, you may also call Crime Stoppers at 704-334-1600.