Another School Official Charged With Indecent Liberties With Minors 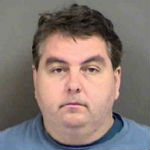 CORNELIUS, N.C. — A former Charter school administrator has been arrested and charged with indecent liberties with a child.

Cornelius police arrested 45-year-old Kevin Green, a former administrator at the Community School of Davidson. He has been fired as police investigate three counts of indecent liberties with children.

Police said an accuser first reported him to a school counselor.

According to school documents, Green was director of business management and personnel.

Police said there are multiple accusers and that Green voluntarily turned himself in on two of the charges.

Since the incidents involve children, Cornelius police are not releasing much information.

Police said the incidents did not happen at the school in Davidson, but all happened in the city of Cornelius.

Cornelius police said the investigation is ongoing. Green is out of jail on an $85,000 bond.