Another Shooting At Local Strip Club 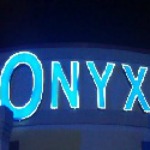 Officers responded to Club Onyx on Old Pineville Road just before 2:30 a.m. after a man and woman were shot inside the club.

Both were rushed to Carolinas Medical Center with what paramedics called non-life threatening injuries.

So far police have made no arrests and do not yet have a motive for the shooting.

In March of last year, police responded to a triple shooting and armed robbery at Club Onyx all in the same night.

Police said a man was also shot inside the club in April of 2013.

In both instances, all victims survived.