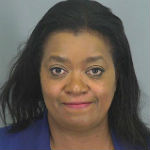 SPARTANBURG, S.C. (FOX Carolina) -Spartanburg County deputies said a woman will be charged after she sent a text message about a shooting at a local college as an April Fools’ joke.

Lt. Tony Ivey with the Spartanburg County Sheriff’s Office said they received a call from the woman’s daughter after receiving a text message Tuesday morning about a possible shooting at Virginia College.

According to Ivey, the message said the woman was hiding in a bathroom and heard gunshots.

He said the daughter called 911 and deputies swarmed the college. Sheriff Chuck Wright said as he was headed to the scene he was prepared to find a serious situation.

But as deputies responded, the daughter called back after getting another message from her mom, who said it was an April Fools’ joke, according to Ivey.

Wright said he was thankful it was a joke but was very disappointed at the woman’s bad choice. He said no one would think it was a funny joke.

Wright said his deputies responded to the scene very fast, prepared for anything, prepared to give their lives for someone else only to learn it was a joke.

He also said the joke was not fair to the college, saying the employee made a bad choice that does not reflect the institution.

The woman was identified by Wright on Facebook as 54-year-old Angela Timmons of Spartanburg.

Wright said Timmons has been arrested and will be charged with disturbing schools.