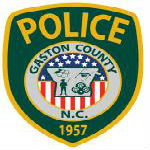 CRAMERTON, N.C. – Police are trying to coax a woman to come out of her home unarmed.

The woman, who lives on Fourth Street in Cramerton, is inside the house, thought to be alone and armed.

A relative of the woman reported that she was in distress Monday morning. He said that when he tried to help her, she shot at him. He said he was forced to call police.

Police were called around noon.

By 2 p.m., several roads in Cramerton were blocked by police cars.

One officer used a megaphone to try and coax the woman out of the house.

He told the woman to come outside with her hands up and reiterated that it was important she have nothing in her hands.

He also tried to console her.

“Everybody is concerned about you out here,” the officer said.

Riverside Missionary Baptist Church , at the intersection of Fifth and South Main streets, opened for those who couldn’t get to their homes.