Arrest Made In Drive-By Shooting During Anti-Violence Vigil 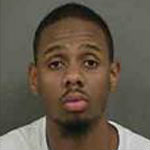 CHARLOTTE, N.C. — Detectives with the Charlotte-Mecklenburg Police Department have charged Louie Raymond Forney, 22, in connection to the shooting Thursday at the 2500 block of Pinckney Avenue.

Four people, including an 11-year-old, were shot at the end of an anti-violence event late Thursday in north Charlotte.

Based on information and evidence gathered during the investigation, detectives were able to identify Forney as a suspect in the shooting.

Forney turned himself in and has been interviewed by detectives. He is currently in the custody of the Mecklenburg County Sheriff’s Office.