Arrest Made in Nikki McPhatter Murder 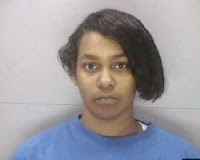 UPDATE III: A second arrest was made today in the case of the disappearance and death of Nikki McPhatter. Deputies said Kendra Goodman was an acquaintance of Manning, who drove with him last month to the location where he dumped McPhatter’s body and car. Goodman is charged with being an accessory after a felony, and was denied bond late Thursday afternoon.

UPDATE II: News Release from CMPD: On May 11, 2009, Nikki McPhatter was reported missing to the Charlotte Mecklenburg Police Department with the case being assigned to the Missing Persons Unit. 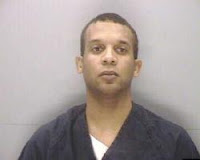 During the course of their investigation, information was developed indicating a possibility of foul play. Due to these developments, CMPD Homicide detectives took the lead in the investigation on May 20, 2009.

CMPD dedicated significant investigative resources that led detectives to Richland County, S.C. At this time, CMPD Homicide unit began a joint investigation with the Richland County Sheriff’s Office. Over the course of the past week, detectives developed information that identified Theodore Roosevelt Manning IV “Teddy” (Photo above) as being responsible for the death of Ms. McPhatter.

The investigation led detectives to the location of Ms. McPhatter’s 2003 Black Honda Accord and the body of which we believe to be that of Ms. Mcphatter in Fairfield County, which neighbors Richland County. The Richland County Sheriff’s Department obtained a warrant for the arrest of Theodore Roosevelt Manning IV (DOB 10/10/1979). Richland County Sheriff’s Department arrested Mr. Manning at 7:04 p.m. this evening at his residence, which is located at 8047 Bluff Road Gadston, S.C.

UPDATE: An arrest has been made in the disappearance of Nikki McPhatter. The Charlotte woman disappeared more than three weeks ago. Relatives say they were notified today that McPhatter is dead. Police in Charlotte are holding a news conference at 9 pm Friday to provide more information.

SYNOPSIS: Ms. McPhatter was last seen leaving her residence on May 4, 2009 en route to an unknown destination driving a 2003/Black/Honda-Accord/ displaying N.C. tag # PHATTAH. If you see this vehicle, please call 911.