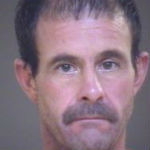 LINCOLN COUNTY, N.C. — Lincoln County sheriff’s detectives went to a residence in western Lincoln County on Friday afternoon on an investigation and turned up two meth labs, according to a news release.

Detective Jon Propst went to a home off Highway 10 as a follow-up criminal investigation. He found several people near a wooded area and as he approached them, a meth lab was thrown into the brush setting a grass fire, according to officials. North Brook firefighters were called out to extinguish the blaze.

A second meth lab was found at a mobile home near where the incident occurred. A clean-up crew with the State Bureau of Investigation has been contacted and will arrive on the scene on Saturday.  A sheriff’s deputy will be required to guard the site. An arrest is pending.

Meanwhile, detectives arrested one person in connection with the break-in and larceny they were investigating.  Rodney Scott Wright, 44, of Vale, was taken into custody on one felony count each of breaking and entering a building, larceny after breaking and entering, and possession of stolen goods.

He is accused of breaking into a storage building in the 7800 block of Highway 27 West on or about Jan. 2 and removing a number of metal items including lockers, a cooking stove and bed rails.

Wright was placed in the Harven A. Crouse Detention Center under a $20,000 secured bond and will have a first appearance in Lincoln County District Court on January 6, 2014.