Baby With Downs Syndrome Poisoned To Death By His Own Mom 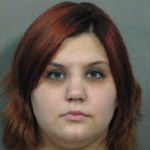 BELLE CHASSE, LA (WVUE) – Deputies say a 17-month-old boy in Belle Chasse died after his own mother poisoned him with hand sanitizer. Investigators say it’s not the first time the child was poisoned and that his mother has confessed. Now, 20-year-old Erika Wigstrom faces a charge of first-degree murder.

It was on Xi Street in Belle Chasse in late January when investigators say Erika Wigstrom injected hand sanitizer, which contains alcohol, into the feeding tube of her child, Lucas Ruiz.

Plaquemines Parish Sheriff’s Office Cmdr. Eric Becnel says, “The blood alcohol content was .280. The legal limit in Louisiana is .08 so that would mean almost four and a half times the legal limit.”

Lucas’ mother confessed this week to poisoning her baby. He died a day after the hand sanitizer went into his system. 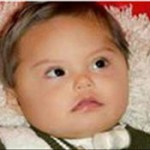 According to The Times-Picayune, Lucas had a heart defect and Down Syndrome. “It’s been reported that she and her boyfriend wanted to end the child’s misery and the pain and suffering that the child was going through,” said Becnel.

While being interviewed Tuesday, Wigstrom also told investigators that she was the one who poisoned her son back in October of 2012 and not her boyfriend, who sits in jail for the crime.

Cesar Ruiz was arrested in 2012 after he confessed to pouring rum into Lucas’ feeding tube while at Ochsner Hospital, where the baby was to have open heart surgery. But investigators say in her confession Tuesday, Wigstrom told them that Ruiz wasn’t involved – that it was her all along, and that it wasn’t rum but perfume oil that was poured into the feeding tube.

Detectives say Wigstrom showed no remorse when confessing to the crime. It’s something that’s rocked not only the community, but those investigating the crime. “It’s a tragic situation. I don’t know what goes through someone’s head, to harm a 17-month-old. I have a 19-month-old myself, and I couldn’t put it in my system to do something like that,” said Becnel.

Erika Wigstrom had a magistrate hearing Wednesday for the charge of first-degree murder. No bond was set.

It’s unclear what will happen to Cesar Ruiz now that Wigstrom has confessed to the 2012 poisoning he’s charged with.