GASTON COUNTY, N.C. – The owner of a Gaston County restaurant and three others were arrested on multiple drug charges involving selling marijuana out of the establishment.

According to police, a “drug conspiracy investigation” centered around Smokey’s BBQ Restaurant and its owner, 39-year-old Donnie Allen Wooten, began in November of 2013.

During the investigation, police say an undercover agent bought more than 30 pounds of marijuana, worth more than $137,000, from in and around the restaurant.

Wooten made his first court appearance in Gaston County Wednesday afternoon. His bond is set at $100,000. His probable cause hearing is scheduled for May 8. 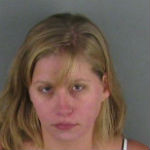 On April 22, Wooten was arrested on multiple counts of eleven different charges, including trafficking in marijuana and having a controlled substance within 1,000 feet of a school.

Huffman also appeared in court Tuesday. His probable cause hearing was set for May 8.

Officers are still looking for 25-year-old Jessica Dannette Plummer on outstanding warrants in connection to the case.

Anyone with information on Plummer’s whereabouts or the investigation should call Gaston County Police.