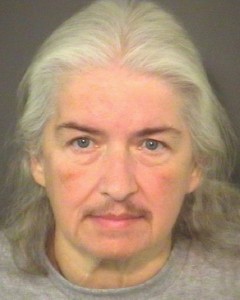 The boy who was discovered by police in November shackled to a front porch with a dead chicken tied around his neck has decided to tell his story about the abuse.

The boy spent his days shackled and handcuffed to a steel block in his bedroom, terrified of more abuse when the grown-ups entered the room. He had endured years of abuse that included his face being burned with electrical wire and having his fingers broken with pliers.

His abusers were Wanda Sue Larson, the boy’s legal guardian and a former Department of Social Services supervisor for Union County, and her longtime boyfriend Dorian Harper, a former emergency room nurse.

Officers who discovered the boy found four other children in the roach-infested home, ranging from ages 7 to 14. The couple had adopted each of the children and they all had been abused, but the boy was abused most by the couple, according to police.

The children had been pulled out of their Union County school by Larson and Harper, who said they would be homeschooled.

On Tuesday, the boy, who is now 13 and is being kept anonymous, told the Associated Press that he didn’t think he would survive and was always scared to death.

The boys said Larson and Harper would chain him with handcuffs to a steel anvil on the floor of his room that was kept locked. Sometimes he would have to beg for food scraps because the couple would starve him. He wasn’t even allowed to use the bathroom most nights.

The boy said the other children would sometimes sneak him food. He would hide the wrappers from Larson and Harper in a hole in the wall.

He remained shackled, even when he was outside. The boy says he was only free of the chains when he was made to pick up animal feces or clean the house.

The boy recalled another time that Harper cut him on his arm before pouring salt into the wound, a horror he still bares the scar from.

The dead chicken had been tied around the boy’s neck by Harper a few days before he was discovered. Harper had blamed the boy for the chicken’s death and made him wear it, even during the night.

The boy would pray not to get hurt every time one of the abusers entered his room, and he often thought about his mother and hoped he’d escape and be reunited with her.

According to the boy, Larson would tell him that his mom was sick in the hospital and that his behavior was killing her.

According to court documents, it was a decade ago when the boy was put into foster care. He had been living with his aunt while his mother moved from another state, and problems at his aunt’s home led him to live with Larson.

The boy’s mother tried getting him back once she discovered he was in foster care, but Larson claimed the boy and her family had developed a bond. Larson later became legal guardian to the boy.

The boy’s mother said that when she was allowed to see the boy a few times per year, he didn’t say anything about the abuse.

Both Larson and Harper pleaded guilty in the crime. Larson was sentenced to almost 17 months in prison, but she was released nine days after her guilty plea because of credit for time served since her arrested in 2013.

The boy wants Larson to serve more time, and so do many others. Protests were conducted in outrage over the woman’s plea deal and quick release.

Harper pleaded guilty to intentional child abuse inflicting serious injury, maiming, and assault with a deadly weapon on March 17, two weeks before Larson was sentenced. He was sentenced to prison up to 10 1/2 years.

The boy lives with his mom now in an apartment in Charlotte.