Carjacker Behind Bars In Gaston County 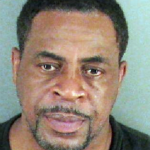 GASTONIA, N.C. – A Gastonia man is behind bars, accused of stealing a woman’s car at gunpoint on Sunday.

Around 1:30 Sunday, police say Laboo pointed a gun and stole the vehicle from the victim in the 600 block of Maple Avenue.

Laboo made it just five blocks before he was arrested.

Laboo is charged with first-degree kidnapping and robbery with a dangerous weapon.