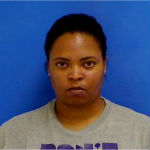 NEWTON N.C. – A Catawba County woman arrested and charged with the murder of Jerrod Mason made a first appearance in District Court on Friday.

Alysia Rachell Wilson, 28, of Claremont was charged with murder and felony conspiracy.  She was arrested on Thursday in Sherrills Ford.

Mason, 33, was shot while walking on Edna Street in Catawba on Monday around 1 p.m.

He ran behind a house and collapsed. Mason’s grandmother, Mary Mason, said he was shot below the stomach. Mason was pronounced dead at the scene.

Wilson is next scheduled to appear in court on July 5.  She is held in the Catawba County Detention Facility without bond on the murder charge and under a $127,500 bond on the conspiracy charge.