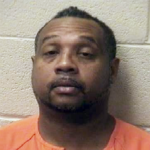 TAYLORSVILLE, N.C. – A woman who was assaulted with a deadly weapon succumbed to her injuries on Monday , according to the Alexander County Sheriff’s Office.

Authorities initially charged Jerry Walter Teague with assault with a deadly weapon with intent to kill inflicting serious injury following an incident more than a week ago.

The victim in the attack, 41-year-old Lisa Jacobs Berry, died of injuries she sustained in the assault at Wake Forest Baptist Hospital on Monday, officials say.

The charge against Teague has been updated to first-degree murder. He’s held in the Alexander County Detention Center without bond.