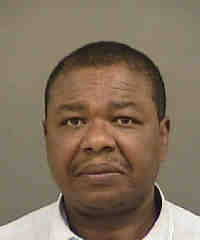 A doctor who works at walk-in clinics in north and east Charlotte has been accused of sexual assault of two separate patients. Police are currently investigating whether more victims exist.

52-year-old Fidelis Edosomwan, 52, allegedly performed on of the assaults where he is a doctor at Americare Health  at 1805 Milton Road.

According to CMPD Capt. Cecil Brisbon, Edosomwan was accused in January of touching patients inappropriately during two separate routine exams. Each victim did not know the other, according to police.

The first accusation was from a woman who told investigators Edosomwan sexually assaulted her during a medical examination on Jan. 2. The second female patient came forward also saying she was assaulted on Jan. 14. Both reported the incident to police shortly after the examination.

Brisbon said police want to make sure they have all their bases covered in a concern for the public and asks anyone with information on potential victims or the case to call Crime Stoppers at 704-334-1600.