Charlotte Man Receives Life in Prison for Murder in 2007 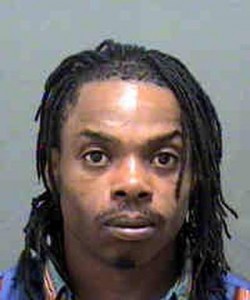 A Charlotte man was found guilty of a fatal shooting from 2007 and sentenced on Tuesday to life in prison without possibility of parole.

41-year-old Bobby Johnson was found guilty by the jury in the shooting and killing of Anita Jean Rychlik, 45, at a motel on North Tryon Street.

Johnson and two other men, Joshua Chaney and Antonio Chaney, who had pleaded guilty already were arrested in 2011. Johnson had been linked to the crime from DNA evidence, the Mecklenburg County District Attorney’s Office said.

According to prosecutors, on May 2, 2007, Johnson and the Chaneys had gone to the motel to commit a robbery.

Witnesses saw all three men come up to the security guard at the motel, who was Rychlik’s husband, and pistol whip him. Then they went into the motel room he was sharing with his wife Anita.

The men hit Anita Rychlik several times and then shot her in the back of the neck, according to prosecutors.

Joshua Chaney and Antonio Chaney testified at the trial for Johnson that began Sept. 28. They will receive sentencing at a later date.