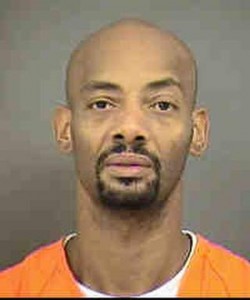 A Charlotte man has been sentenced to prison for 36 years for sexually assaulting a woman on Johnson C. Smith University’s campus in 2013.

Frederick Eugene Sullivan, 44, was found guilty of second-degree sex offense, second-degree rape, communicating threats, and assault on a female by a Mecklenburg County jury on Thursday. His trial started on Aug. 17.

Sullivan will also have to register as a sex offender after his release and be monitored by satellite the remainder of his life, according to the ruling by Judge Hugh Lewis.

According to prosecutors, Sullivan had began a relationship with the student victim at the university over a couple months by helping her financially and buying meals occasionally.

Sullivan then invited the student to a construction trailer, which was his place of work as a temporary laborer, on Oct. 26 of 2013 while homecoming activities were happening on campus.

After the victim went inside the trailer, Sullivan grabbed her at the neck and sexually assaulted her for more than four hours, according to prosecutors.

Testimony was introduced from that victim and three previous victims of Sullivan from 1998, 2000, and 2011 during the Aug. 17th trial.

In addition, Sullivan was charged with another sexual assault that happened in October 2013 in the same trailer. According to the Mecklenburg County District Attorney’s Office, that charge was dismissed by prosecutors to spare an additional victim from reliving the attack at the trial.