Charlotte Woman Charged In Death Of Her Infant 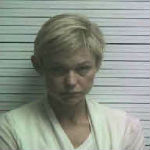 CHARLOTTE, N.C. — (AP) A Charlotte woman has been charged with involuntary manslaughter in the death of her infant son.

Area media outlets report that 33-year-old Katherine Ann Jennings is in the Brunswick County Jail charged in the death of 8-month-old Luke Stephen Phillips. Jennings told investigators that she had been sleeping with the child when he died at their Oak Island home last December.

Authorities say 18 months earlier, Jennings lost another child who also suffocated when sleeping with her. No charges were filed in that death.

It was not immediately known if Jennings has an attorney.

Brunswick County Assistant District Attorney Lee Bollinger would not say what prompted the arrest but says his office has never brought charges in a similar case.