Check Yes or No – Ban the Box

Editor’s note: This is a commentary from Crime in Charlotte (.com)’s newest reporter, Jonna Bingham. 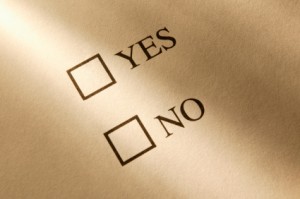 The Charlotte grassroots movement “Ban the Box” is presenting their proposed ordinance at the Charlotte City Council meeting, February 25th in the Government Center. In order to give people with past criminal convictions a fair chance at getting hired, Ban the Box hopes to remove the requirement that applicants disclose all past convictions on a preliminary application for public employment with the City of Charlotte. Per a Facebook page supporting “Ban the Box”, “The purpose of this provision is to ensure that conviction histories are not being used as an automatic bar to employment. The ordinance also requires the City to give notice to municipal job applicants that it is going to conduct a conviction history check, delays conviction history checks until the city has extended a conditional offer of employment, and gives job applicants an opportunity to present evidence of their rehabilitation to the person making the hiring decision.”

The ordinance stops short of banning criminal back ground checks on qualified applicants and would not require the City to hire someone regardless of his or her convictions.

The ultimate goal of “Ban the Box” is to see that ‘reformed’ men and women have an opportunity to get their foot in the door of employment, that by getting a job they can be productive members of the community and have a much better chance of staying out of jail. They have ‘paid their debt to society’ and should not be discriminated against due to any poor decision they may have made in their past. (And there’s also countless Beauty Queens out there hoping and praying the “pictures” she let her ex-boyfriend take with his Smart Phone never show up on the internet!) You can run from your past, hide from it, pretend it never happened – but in this day and age of social media, endless data bases, digital palm printing and DNA – removing a box on an application will not change a single thing for a newly released inmate. But leaving it there might help the guy who can proudly check “NO”!

I think it’s safe to say that there are still cases of discrimination in the workplace but there are measures in place to reduce it, if not try to eliminate it altogether. The U.S. Equal Employment Opportunity Commission (EEOC) is responsible for enforcing federal laws that make it illegal to discriminate against a job applicant or an employee because of the person’s race, color, religion, sex (including pregnancy), national origin, age (40 or older), disability or genetic information. We can’t choose our color or what country we were born. And we certainly can’t stop being 40 or older (because if we could – I would have already!). One thing we can dictate – and subsequently be judged by – is our actions. Did we hurt someone? Have we acted with malice? Did we break someone’s trust? Did we ever abuse a system, prey on someone, attack, damage or steal? Did we choose to commit a crime? Did we ever get caught, to be judged by a jury of our own peers and then suffer the consequences with some jail time? How we have conducted ourselves in our communities can very much be reflected by a ‘record’ – or lack of one. Why wouldn’t any of that matter to an employer? Why shouldn’t a business owner or hiring manager be able judge us all by our fruits? Prior criminal convictions are not protected by the EEOC. Your crimes – just like your job history – can and should be considered when hiring or deciding not to hire.

I was having a conversation with a friend of mine the other day. She is a Human Resources Director at a small business in Charlotte. She posted a fairly low-paying, entry-level position on an employment website and in less than a week received nearly 600 resumes! Although we didn’t discuss any particulars, she said she received anyone from fresh-out-of-high-school kids to folks with years of college and Masters Degrees. There were people with no work experience at all to people who had held the same jobs for 15, 20+ years. “It’s the nature of the economy we’re in”, she said. “It happens every time I post a job.”

In that scenario, it seems to me like the high-school kid would be out of luck. For the same amount of money a company could hire themselves a college educated, been in the workforce forever, lots of practical life experience guy or gal who’s in desperate need of a job – and willing to do whatever small-paying job just to feed the family and pay the bills. If I were the one hiring, that’s the person I would choose.

But wait! The MBA-holding, dream candidate has checked “The Box”. The application asks every job seeker to check the box if he’s ever been convicted of a crime. The application also states that “checking yes” doesn’t necessarily exclude the applicant from being hired. It asks to give an explanation of your conviction(s) and gives you plenty of space to plead your case. That could be good news for the high school kid – who just as badly wants/needs a job.

Does that tell-tale “box” discriminate? No. The application clearly states it doesn’t necessarily exclude anyone from being hired. Is it fair? Sure. It asks everyone the same question. Does asking a potential, future employee if he or she has ever been convicted of a crime serve any sort of purpose? Absolutely. If your business is a henhouse – you need to weed out the foxes! My human resources friend has a big job to do – search through 600 applicants to find the one person who’s the very best fit for her company. 599 people – from high-schoolers to semi-retirees, ex-cons and ex-CEO’s alike – 599 people will be disappointed. And that’s just how it is.

Because some jobs with the city require a clean criminal record, the box is a time-saver eliminating the obvious ineligible applicants. It saves money on costly criminal background checks performed on people who would be automatically excluded from certain positions. And it’s a safety measure, hopefully ensuring child molesters don’t somehow become parks and recreation workers or peeping toms don’t get hired to read residential water meters or embezzlers don’t earn their living taking payments at the Clerk’s office. And even certain jobs require licenses, bonding or insurance that may be hindered by a criminal record. It is a valid question that realistically could have bearing on whether or not an otherwise qualified person even can be hired. As a victim of crime myself, I want to know that our City, at the least considers our safety when choosing the people it sends into our communities. Keeping “The Box” is a start.