Child Handcuffed To Porch With Dead Chicken Hung Around His Neck 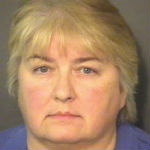 UNION COUNTY, N.C. – Deputies in Union County say a Department of Social Services employee was arrested after a young boy was found handcuffed to the front porch of a home with a dead chicken tied around his neck.

According to the Union County Sheriff’s Office, a deputy was responding an animal services complaint at a home along Austin Road when he saw an 11-year-old child handcuffed to the front porch of a neighboring home.

The boy, who deputies say was handcuffed at the ankle, also had a dead chicken hanging around his neck. The report states the young boy appeared to be shivering, as well.

A few moments later, a man, later identified as 57-year-old Dorian Lee Harper, came to the porch and asked the deputy why he was there. The Deputy then asked the man for his identification, as well as an explanation of why the child was handcuffed to the porch. 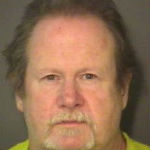 The deputy was given identification, but was then forced back to his vehicle when a child opened a door to the house and released several large dogs that attacked him.

By the time the deputy was able get the animals secured, Harper had removed the child from the porch. He left the dead chicken on a barrel on the porch, officials said.

When additional officers arrived, they conducted a search of the house and removed a total of five children from the home, all between the ages of eight and 14.

Deputies said that based on the general living conditions at the home, they initiated a criminal investigation.  Harper was taken into custody at the scene.

Wanda Sue Larson, 57, who is a Union County DSS worker and lived at the home, was also arrested.

Both Larson and Harper were charged with intentional child abuse inflicting serious injury, false imprisonment, and cruelty to animals due to the condition of some of the family pets.

Larson was also charged with willful failure to discharge her duty as a public official.

Both are expected to be in court on Monday.

Officials say that while Larson was not home when the children were found, she is accused of being complicit in the ongoing mistreatment of the children. She and Harper had adopted four of the children, and were serving as foster parents of the 11-year-old, who was found on the porch.

The children are now in the custody of an undisclosed Social Services agency outside of Union County.

He said, “I can assure you that we have only just begun our investigation into what has happened, and we will pursue it to its fullest extent.”