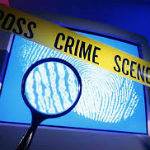 KANNAPOLIS — A Kannapolis man is facing felony charges for having child pornography after detectives say they found around a dozen images of minors on his computer.

This week police served an arrest warrant on 26-year-old Aaron Campbell on a street with a school, playground and plenty of children.

He’s been charged with two counts of felony second-degree sexual exploitation of a minor.

They’ve handed more than 2 million reports of suspected child exploitation to law enforcement all over the country.

Campbell is expected in court on Monday.