Child Throws Boiling Water On Another Child; Charged With Battery 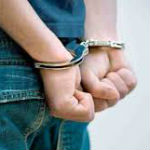 ROCK HILL, S.C. — Rock Hill Police have charged an 11-year-old boy with assault after investigators said he threw boiling water on another child.

Police spokesman Mark Bollinger said the boy was charged with felony first-degree assault and battery. It is unclear when the defendant will appear in Family Court, where juveniles accused of crimes face prosecution.

Bollinger said the victim, who is also 11 years old, was burned on almost a third of his body and is recovering from the incident on July 30.

A police report says the victim told officers that the other child intentionally threw the boiling water on him as he sat in a small swimming pool. The suspect told police that the victim wanted to know how boiling water felt.