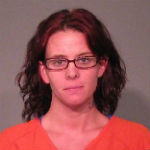 YORK COUNTY, N.C. – A mother is in jail facing child neglect charges after authorities say she and her two young children tested positive for methamphetamine.

During a two -month investigation, police discovered that Jonathan Patrick, the children’s father, and Fincher cooked and used methamphetamine around the children, police said.

At some point, Fincher took the children to their grandmother’s house in Union County, where the Department of Social Services stepped in.  Authorities said her 6- and 7-year-old children both tested positive for methamphetamines.

DSS also discovered that Fincher tested positive for the drugs, he said.  According to a police report, the grandmother may have known about Fincher’s activities and asked DSS to investigate.

Fincher is currently held at the York County Detention Center on a $20,000 bond. 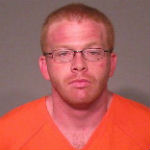 Patrick, also 26, had been in jail since May 23 after drug agents busted an inactive meth lab in McConnells, arresting three people. Authorities then said Patrick had been manufacturing meth while a 2-year-old child was in the home.

Crime in Charlotte (.com) reported that the child’s mother, Amanda Holmes, was arrested and charged in the bust, but Patrick fled from police on a four-wheeler.

He was eventually found the next week and charged. He faces 16 charges, including unlawful carrying of a weapon, failing to stop for blue light, manufacturing methamphetamine, two counts of cocaine possession and possession of a weapon during a violent crime.

The two incidents are unrelated, Ligon said, aside from Patrick being involved with both of them.

Patrick faces two counts of unlawful neglect of a child charges in connection with the latest incident. He is held on a more than $81,000 bond.