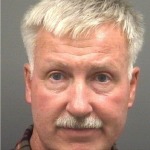 Michael Lynn Jolly, 54, of Mooresville, was arrested Thursday night and booked into the Rowan County Detention Center just before 10:30 pm.

Jolly is charged with statutory rape/sex offense of a person 13, 14, or 15 years of age by a defendant at least six years older, indecent liberties with children, and dissemination of obscene materials to minors under the age of 16.

According to the report at the Rowan Sheriff’s Office, the alleged victim was 15 at the time of the incidents, that are said to have occurred between March 22, 1998, and June 1, 1998.

Jolly met the alleged victim through a church activity, according to the report.

Michael Jolly is well known in the southern Rowan and Mooresville area for church work, FFA participation, and volunteering to drive activity buses. According to the report, Jolly was not an employee of the school system.

Jolly is listed as a “youth leader” on the web site for Unity United Methodist Church on Unity Church Road.

On the arrest report Jolly is listed as a self employed carpenter.

Investigators want to hear from anyone else who may have information on this, or any other case involving Jolly.  The contact person at the Rowan Sheriff’s Office is Sarah Benfield, 704-216-8739.