The CMPD Cyber Crimes Unit in cooperation with Federal partners in the Department of Justice continues to identify and prosecute local individuals who engage in the sexual exploitation of minors via the Internet.
This ongoing project has resulted in two arrests for sexual exploitation of a minor within the past two weeks.
Arrested to date: Jason Frederick Gore & Richard Harvey 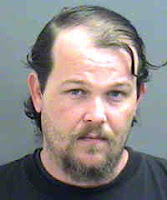 Mr. Gore was charged with a single count along with unrelated drug charges and has been released on a secure bond.
Mr. Harvey remains in the custody of the Mecklenburg County Sheriff’s Office with a bond in excess of $100,000, with 22 separate charges.
During this project, suspects apprehended will be charged with all appropriate State and Federal charges.

This is an ongoing project and details about the nature of the undercover work will not be made available by police.