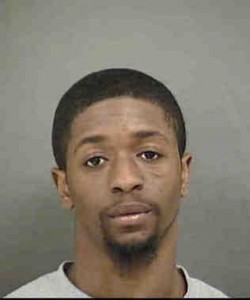 Charlotte-Mecklenburg police are enlisting help from the public in catching a man with 57 warrants against him in both Guilford and Mecklenburg counties. Three of those charges are for robberies in east Charlotte.

The charges against 21-year-old Arnold Jerard Thomas Jr. include intent to kill inflicting serious injury, assault with a deadly weapon, and robbery with a dangerous weapon.

Police said Thomas is known to often be around east Charlotte but could also be in the area near Greensboro.

Police said Thomas is expected to be armed and dangerous.