Concord Man Arrested And Charged With Fatal Hit And Run 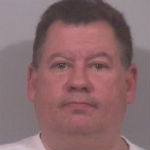 Juan Antonio Torres Jr.,50, of Concord was hit near the entrance of El Patron according to the Concord Police Department.

Police say they are charging Edwards with one count of felony hit and run and one count of misdemeanor death by vehicle.

Concord Police believe alcohol is a factor but are waiting on blood alcohol concentration lab results.

Edwards is in Cabarrus County Jail under a 100,000 dollar bond.