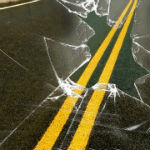 Concord police are trying to determine the cause of a head-on crash that killed a woman Wednesday morning.

The woman was identified by policee as Della Jean Brown, 36, of Concord.

Brown was driving northbound on Rutherford Street SW about 9:20 a.m. when her vehicle crashed into a 1998 Ford F150 Econoline van.

Brown was driving a 2012 Suzuki Kizashi.

It appeared as if Brown’s vehicle crossed the center line just before the crash, police said.

Brown was rushed to CMC-Northeast. She died a short time later.

The other driver, a 32-year-old Concord woman, was taken to the hospital with minor injuries, police said.