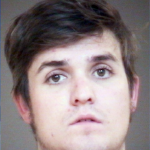 LINCOLNTON, N.C. – Two local men accused of doing thousands of dollars in damage to a Lincolnton store have been charged.

Employees at H & H Distribution on Burris Boulevard reported the incident to police on Dec. 11.

Investigators say the suspects removed 740 feet of copper wire from the building, as well as a space heater. The damage and value of the property is estimated to total $15,000.

While conducting surveillance on Dec. 12, deputies pulled over Jesse James LeFevers, 26. Police say they were able to identify him as one of the suspects. He’s charged with breaking and entering, larceny and possession of stolen property. LeFevers has been released from jail on a $20,000 bond. 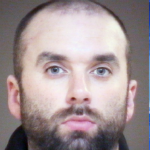 On Monday of this week, detectives arrested a second suspect. Christopher Alan Townsend, 32, faces the same charges as LeFevers, in addition to conspiracy. Townsend is the owner of Absolute Auto Diesel Performance in Granite Falls. He was released on a $10,000 bond.