Couple Charged After Selling Drugs In Front Of Kids 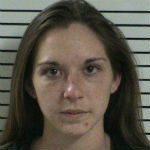 TROUTMAN, N.C. – Deputies in Iredell County say two people are facing charges after they are accused of using and selling drugs in front of children.

Investigators received a complaint that drugs were being used and sold in the presence of children at a residence on Rankin Hill Road, in Troutman.

All drugs and drug related items were seized by the Narcotics Unit and placed into evidence security at the Iredell County Sheriff’s Office.

Rogers was arrested and taken to the Iredell County Sheriff’s Office. She was charged with Possession Methamphetamine, Possession Marijuana up to ½ oz, Possession of Drug Paraphernalia.
She’s being held on a $4,000 secured bond.

Freeman was charged on a citation for Possession of Drug Paraphernalia and released.